This is an abbreviated version!
For detailed information about hyoscyamine (6S)-dioxygenase, go to the full flat file. 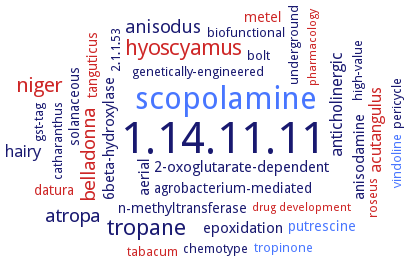 1.14.11 With 2-oxoglutarate as one donor, and incorporation of one atom of oxygen into each donor